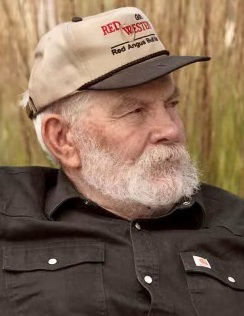 Bob met his wife Jan while working at the Equine department at CSU. They were married Aug. 27, 1958 in Albuquerque NM. Upon graduation he lived in Albuquerque where he worked for the State of NM until 1963.

Bob then moved to South Dakota and lived on ranches by the Black Hills including by Rochford, Spearfish on the Red Water River, near Rapid City, and by Newell. He moved to Sioux County, Nebraska near Crawford in 1977 where he resided until August of 2020.

He converted with his family to The Church of Jesus Christ of Latter- day Saints in 1971. For a time in the 80's he served the Church as a Branch President in Oglala, SD. Bob and Jan raised Morgan horses and Bob served on the Board of Directors for Morgan Horse Association.

He was preceded in death most recently by his wife, Jan Gillespie Painter; his brothers, James Painter who died in infancy and his younger brother, Daniel Painter; and his parents, Preston and Marion Painter.

Funeral services will be held at 11 a.m. on Friday, April 23 at the Scottsbluff Church of Jesus Christ of Latter-day Saints, with Bishop John Blomstedt presiding. Masks are required and social distancing will be observed during the service. Burial will follow at 3 p.m. at the Glendale Cemetery near Crawford. The family respectfully requests that in lieu of any flowers, memorials in Bob's honor be made in care of the family to be designated at a later time.

Online condolences may be made by viewing Bob's memorial page at www.bridgmanfuneralhome.com. Bridgman Funeral Home in Scottsbluff is entrusted with arrangements.