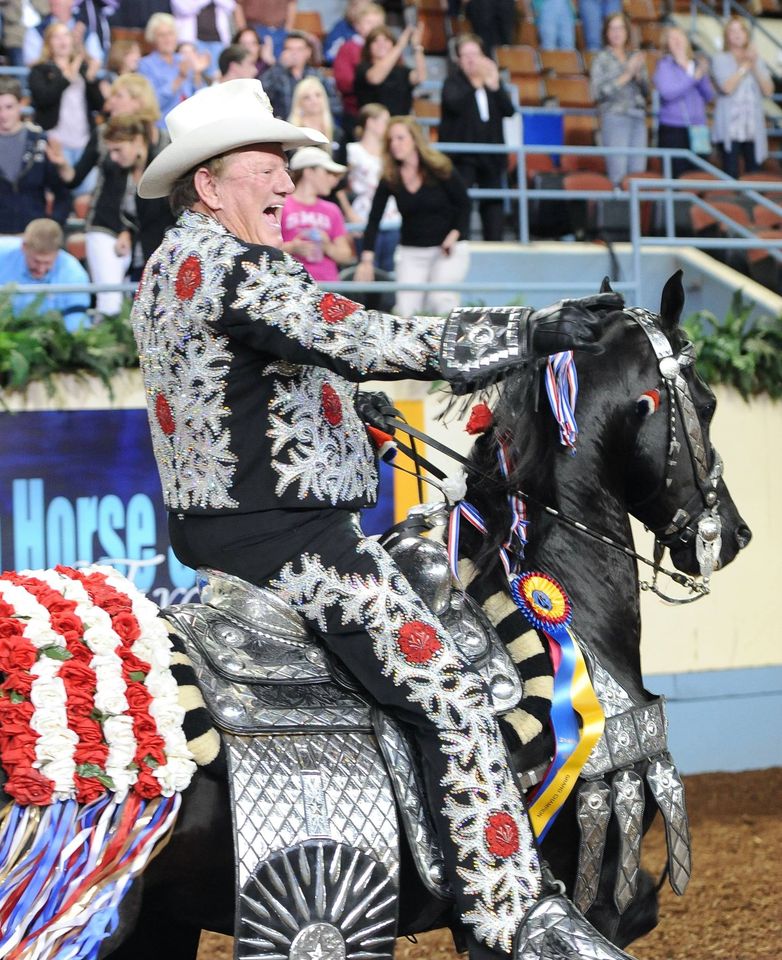 When Arthur Perry passed away on May 15, 2021, the Morgan community mourned the loss of a one-of-a-kind Morgan ambassador. Born in 1937 in Haverhill, Massachusetts, he grew up in what was then the cradle of Morgan horse breeding, near Burkland, Orcland, Townshend, and Bar-T Farms. He developed a special love of Steve Tompkin’s Orcland Leader and brought a son of that stallion, Bar-T Invader, to California when he and partner Jim Wigle started Intrepid Farm in the mid-1960s. Invader sired Intrepid Marlene, a Grand National performance champion, for the farm in 1979. Marlene became the dam of multiple world champion Intrepid Immortal Beloved, who defined the then-new Classic Pleasure Saddle division. Arthur’s contributions ranged well beyond breeding and showing. He was a long-serving board member for AMHA (1981–1997); was inducted into AMHA’s Hall of Fame in 2004; led the Morgan contingency in 28 rides of the nationally televised Rose Parade; and created the “Intrepid Collection” from his treasure hunting for equestrian art, sculpture, antiquities, and memorabilia.

In his youth, not being from a horse family, Lance Wetmore taught himself to ride (with the help of Johnny Kriz), initially showing parade horses, roadsters, ponies, and palominos. With his wife, Martha, and three daughters, Jennifer, Melissa, and Shauna, Bittersweet Farm was formed. In 1975 they acquired their first Morgan, Ledgelans Fire Chief and he became a one-horse show string competing in nearly everything a Morgan could do. In the mid-90s, Lance devoted himself fully to Bittersweet Farm, breeding Morgans under the Beta-B prefix and concentrating on teaching students form to function. The farm hosted a summer riding program graduating many students to the show ring. Young riders from Bittersweet had special success in the Hunter Seat on the Flat and Hunter Seat over Fences Equitation divisions from the Northeast to Grand National. More recently, Lance competed prominently in carriage driving with partners like Wintergreen Sultana, UVM Allegro, Beta-B Protocol, Beta B Provocative, and Elegant Reflection. Today, his daughters, Melissa and Shauna, carry on the family tradition on farms of their own. Lance passed away on April 28, 2021. 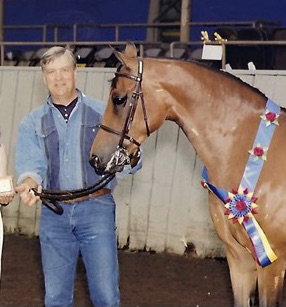 In 1990, Edward Prechter and wife Beverly embarked on a journey to follow their shared dream of owning horses, deciding quickly that the versatile, family-friendly Morgan horse was the breed for them. Ed and Beverly wanted to share this dream with their three children, Kira, Mark, and Amy. They purchased a fixer-up horse property with a few acres near Cedar Ridge, California, and began to build their dream. The family’s first horse purchase was a mare known as Valiant Alexandria who produced some of Ed and Bev’s first foals, EBP Valiant Duchess and EBP Windrush Command (both by Carlyle Command). When not at a Morgan show or working as a dentist (he practiced for more than 50 years, 1968–2019), Ed could be found with one of his favorite Morgan mounts on the trail, hunting and fishing in the mountains, or out gathering cows. In 2002, wife Beverly passed away and Ed, alongside his youngest daughter, Amy, and resident trainer, Jose Mendoza, continued to breed, train, and show quality Morgan horses. Ed eventually remarried to Vickie with whom he continued to share his passion of family, horses, and the great outdoors until his passing on April 25, 2021. 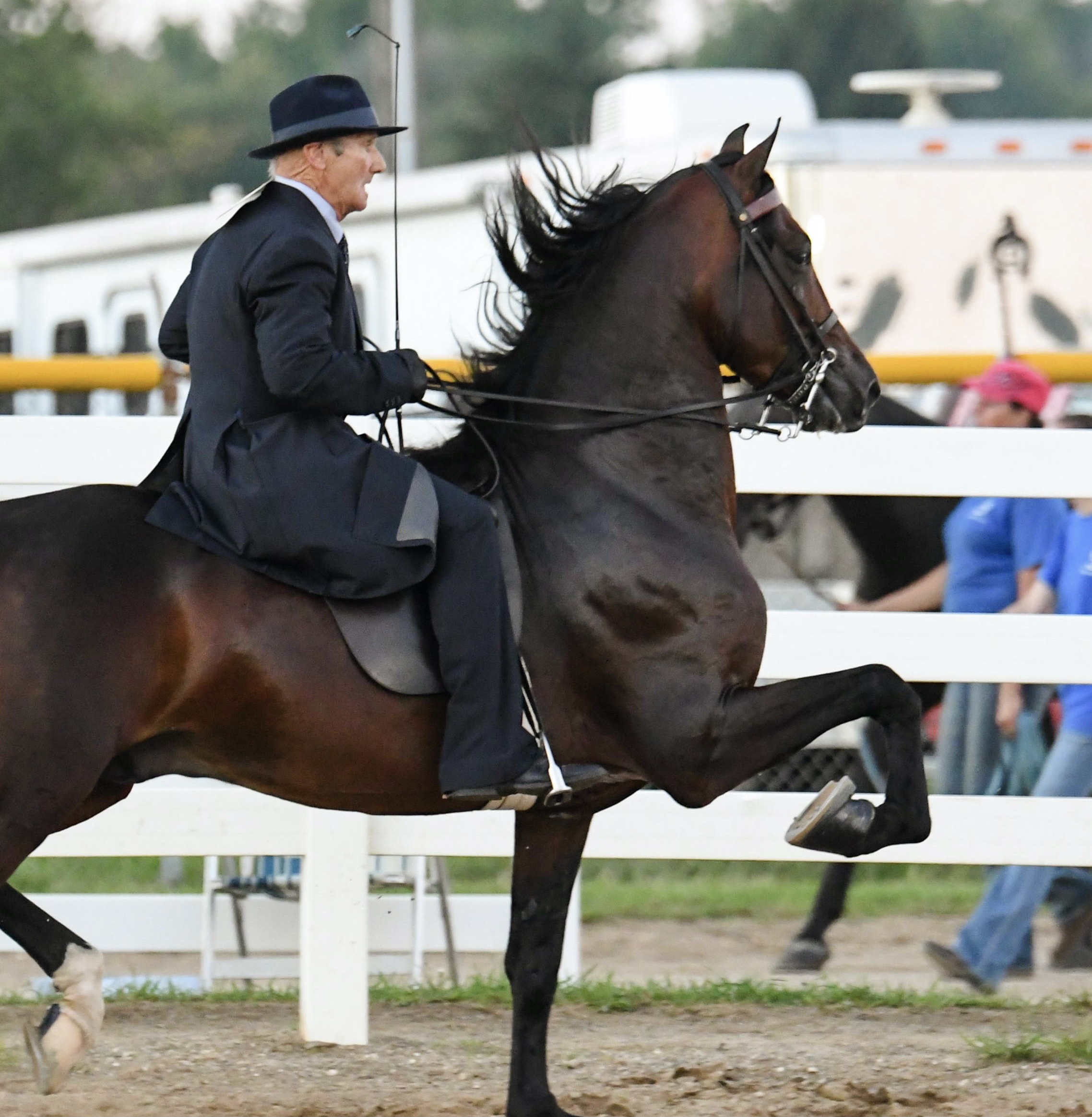 Robert Terry Rutledge, 71, of Brimfield, Ohio, died peacefully on Sunday, May 23rd, 2021, at the Justin T. Rogers Hospice Care Center after a short but courageous battle against cancer. Terry grew up as part of the Rutledge family behind the Serenity prefix. Serenity Masterpiece is among the most influential sires in the recent history of the Morgan show ring. Other influential Morgans from the breeding program include Serenity Grandmaster, Serenity Flight Time, Serenity Remember Me, and many others. Terry and his brother, Allan, were known as masters of in-hand showing, most memorably with the flashy, practically unbeatable World Champion Gelding Val’s Terry, who also was a prominent performance horse for sister Kathi Rutledge [Hummel]. Many prominent professionals still training Morgans acknowledge Terry’s influence. In recent years he and his wife, Susan Walker, have been breeding under the TRSW prefix, focusing on Morgans for the saddle seat and fine harness divisions which were Terry’s first love. His family notes he was riding and training horses until the very end of his life.