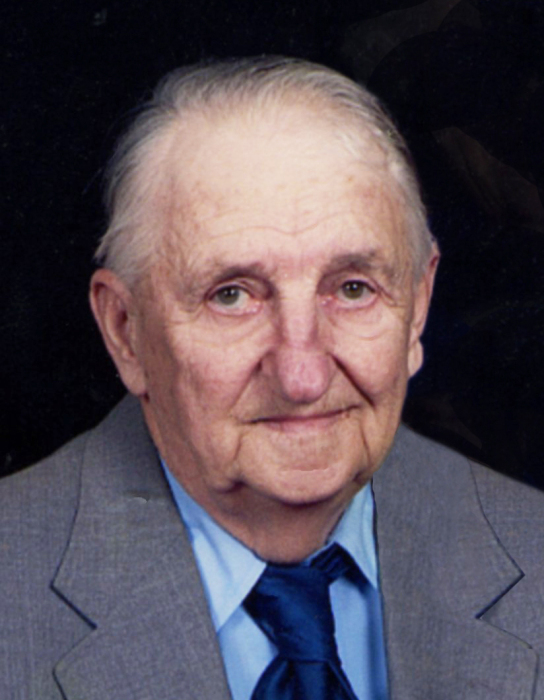 Born May 18, 1927, at his family's homestead outside of Sperry, IA, he was the son of William G. and Alma Young Hohmbraker. He married Maxine Myers and they later divorced. On May 27, 1954, he married Mary Louise Vollmer in Mediapolis. She later passed December 25, 2020.

Warren was a life long farmer. He started working on his family's farm after he finished 8th grade at Piney Wood County School. He wore many hats over the years, from thrashing grain, baling hay and driving trucks.  He was also know for the many horses that his family raised, showed and sold over the years.  He had a great passion for caring for animals and the land, which he passed on to his family and great granddaughters, Hailey and Adalynn.

He went to the Immanuel Lutheran Church in Mediapolis and later attended Kingston Methodist Church. He was a member of the American Farm Bureau Federation, American Hereford Association, Mississippi Valley Morgan Horse Club, Hawkeye Morgan Horse Club, and Louisa County Saddle Club along with his wife. Warren enjoyed sitting around and visiting with everyone. He loved to go to State Fairs and Morgan Horse Jubilees. He was always helping with church and local events. Warren will be remembered as a hard working man who would help anyone in a instant.

Besides his wife, he was preceded in death by his parents and one brother Henry Gilbert Hohmbraker.

The funeral service for Mr. Hohmbraker will be 11:00 AM Tuesday, November 23, 2021, at Prugh~Thielen Funeral Home.  Burial will be in Burlington Memorial Park Cemetery.

A memorial has been established. To send flowers to Warren's family, please click HERE.