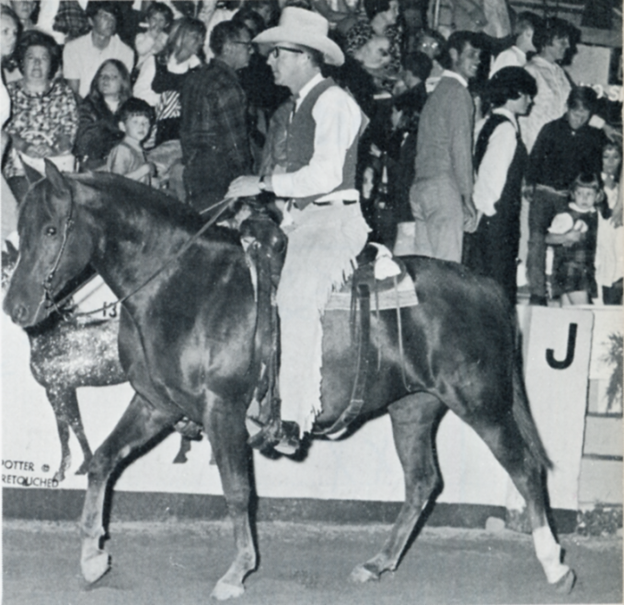 Mel attended primary and secondary schools in American Fork. He also attended Brigham Young University and LDS Business College and graduated from New York State University. Mel valued hard work, lived a life of integrity, and connected easily with others through his wonderful wit and humor.

Mel met his wife Mary Emma Carson in high school and they were married in the Salt Lake Temple in 1951. They established their home in American Fork where they raised their children and lived throughout their lives.

Mel had four great loves in his life: his family, the gospel of Jesus Christ, The Utah National Guard, and raising Morgan horses. As a husband and father he was completely committed to his wife and children and supported them in all their interests and activities. When his children were young he rarely missed a ball game or band concert - and that support and affection extended to each of his grandchildren and great-grandchildren. He organized vacations, bought recreational property, and established family traditions that allowed him to spend time and strengthen family ties with his children and grandchildren.

His love for the gospel of Jesus Christ was evident by his service in The Church of Jesus Christ of Latter-day Saints. He served in numerous callings including stake high council, elders quorum president, scoutmaster, Missionary Training Center, young single adult ward bishopric, and gospel doctrine teacher - where he taught every week for five years. In 1988-1989 he and Mary served a full-time mission in the Florida Tampa Mission. At one point during his later years he was called to coordinate the cleaning of his church building. He assigned most tasks to others, but since he wanted the restrooms spotless, he always cleaned them himself, saying he was the only one qualified for the job.

Mel served in The Utah Army National Guard for 38 years. He held every enlisted rank, every warrant officer rank, and every commissioned officer rank - up to and including brigadier general before he retired. He served in key positions including company commander, battalion commander, group commander, post commander of Camp W.G. Williams, and assistant adjutant general. He loved the Guard, and his military service was a reflection of his deep patriotism and love for his country.

Mel loved horses and raised Morgan horses throughout his life. His wife and children participated fully with him in his love of horses. He showed his horses throughout the western US and was well known in the Morgan horse community. He served on the board of directors of the National Morgan Horse Association, headquartered in Vermont. He was a certified judge for all horse breeds.

After retiring as a salesperson for U.S. Steel Corporation, Mel founded and operated a successful land development company. He developed 11 subdivisions throughout American Fork, Lehi, Highland, and Hurricane, Utah. His community service included serving on the American Fork City Council.

Mel is survived by his wife Mary; his five children and foster son, Marsha (Brent) Skidmore, George (David) Frandsen, Bruce (Nyla) Frandsen, Ted (Kathy) Frandsen, Dan (Dana) Frandsen, Floyd (Kathryn) Nelson; his sister, LaRue (Carl) Pack; and his 23 grandchildren, and 49 great- grandchildren. He is preceded in death by his parents and a grandson, Brett Skidmore. Funeral services were be held on Friday, January 13, 2023 at 11:00 a.m. at the Latter-day Saint chapel at 600 S. 100 W., in American Fork, Utah. Viewings will be held at the same chapel on Thursday from 6:00-8:00 p.m. and Friday at 10:00 a.m., prior to the funeral.

He will be interred at the American Fork Cemetery. Donations in Mel’s memory can be made to the Central Utah Veteran’s Home, 1551 N. Main St., Payson, UT 84651