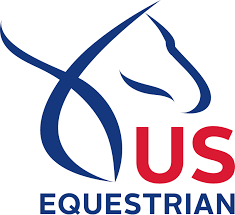 USEF is pleased to announce applications are now being accepted for consideration to participate in the 2018 U.S. Saddle Seat World Cup Team Selection Trials!

For 2018, we will be fielding a team of 12 (six athletes for both the three- and five-gaited sections).  The 2018 Saddle Seat World Cup Competition is scheduled to take place in the United States around the dates of July 2-10.

Applications must be submitted online through the My USEF Account.  You may only submit one application for either the Three- or Five-Gaited Team.  To apply please follow the steps below:

1.    Access your My USEF Account at https://members.usef.org
2.    Click "Athlete Dashboard" then "Online Applications"
3.    Choose "Saddle Seat" in the drop down box
4.    Applications for the 3- and 5-Gaited Teams should appear

Completed applications and fees must be received on or before September 1, 2017. We cannot make any exceptions to this deadline as each application packet must be available to the Selectors for review shortly after the deadline. You should receive notice from USEF as to whether you have been selected to participate in the World Cup Team Selection Trials no later than October 16, 2017.

If you have any questions, please contact any of the following USEF National Affiliates staff members: