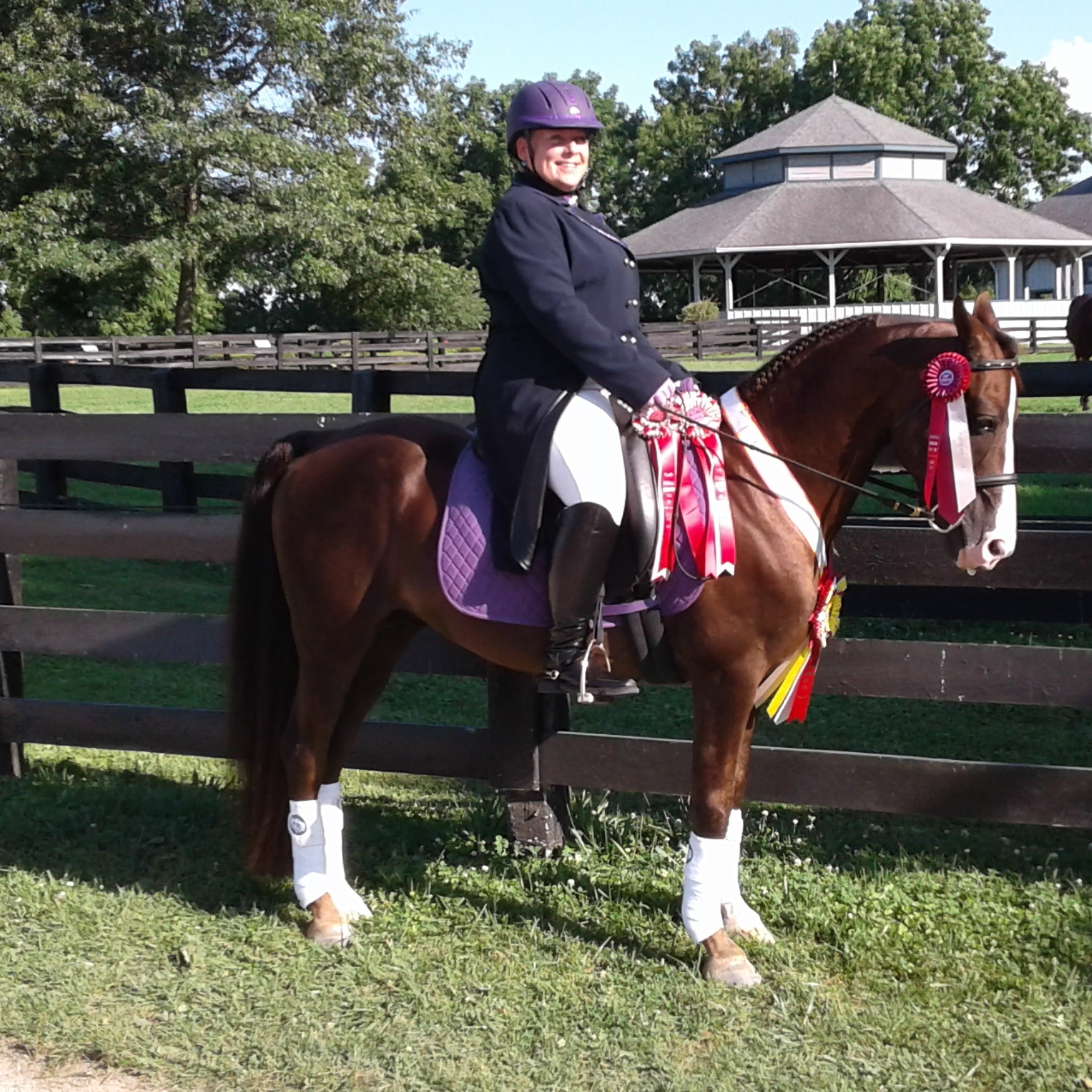 The National Dressage Pony Cup Championships, held July 7-9 at the Kentucky Horse Park in Lexington, is open to all breeds of pony- sized horses and this year there were more Morgans represented in the various dressage levels!

Forsite Renoir has competed twice at this event, and although not a confirmed upper level FEI dressage horse as of yet, he held his own by becoming champion in 2016 with three FEI horses in his classes, and this year placed as the Reserve Champion against four FEI horses! "He received much higher scores this year than in 2016, meaning he's getting better in his strength to becoming more confirmed," Deb said.

Deb likes to compete against other breeds to dispel the myths about Morgans and to give many people the vision of our wonderful and versatile breed and the National Dressage Pony Cup Championships is one of these opportunities! "Plus we all are on a level playing field in size," she said.