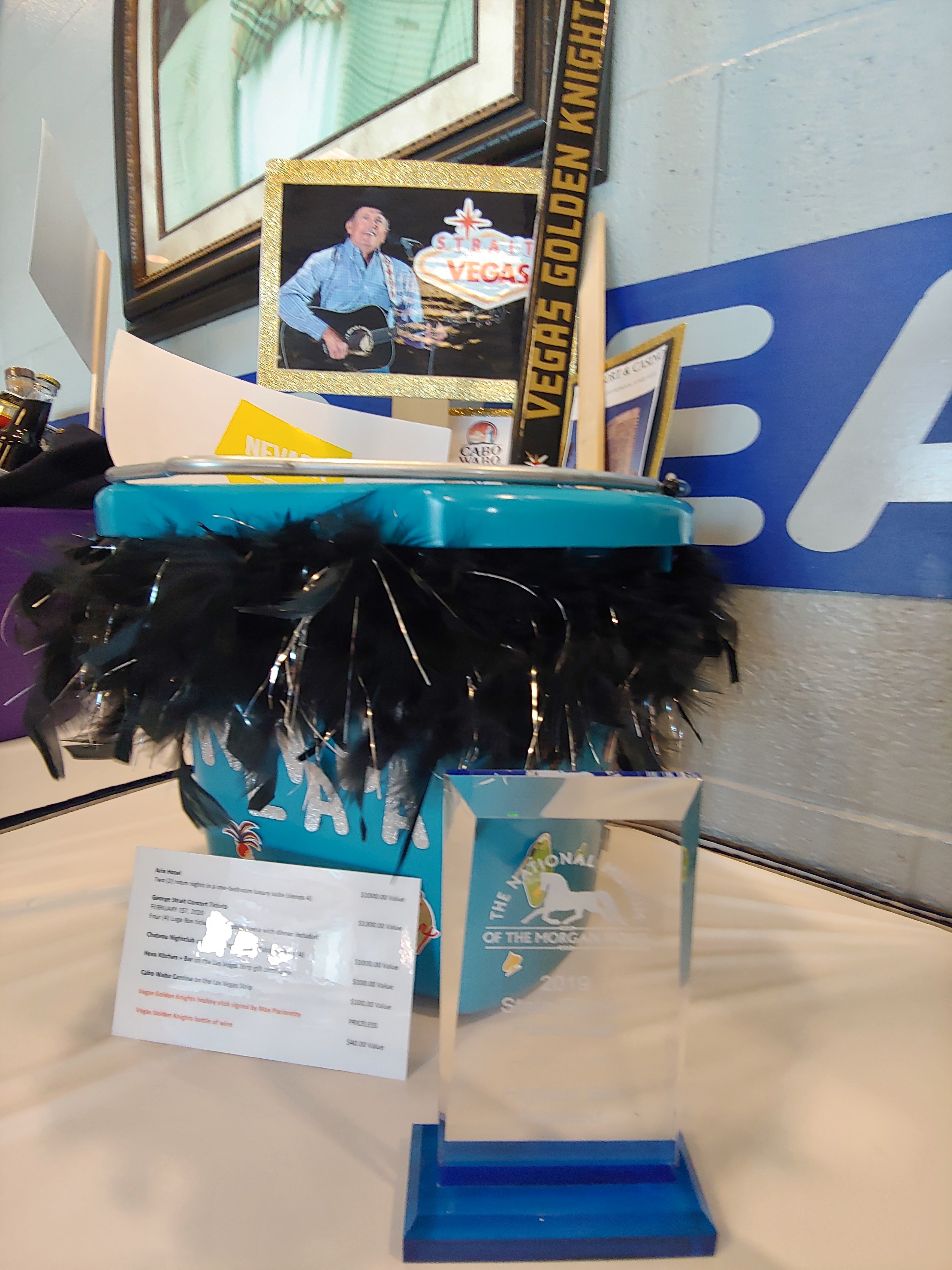 The National Museum of the Morgan Horse (NMMH) Bucket Silent Auction, held at the Morgan Grand National last week, was a huge success! Thirty-two states and Canada and Mexico were represented and more than $9,000 was raised. The proceeds from this fundraising project will support the brand new Museum Exhibit at Pineland Farms located in New Gloucester, Maine.

The bucket that received the highest bid was from Nevada, donated by Terri Sturm and included a weekend in Las Vegas with four tickets to see George Strait. It included two nights at Aria, lunch at Cabo Wabo, dinner at Hexx, a table at the Chateau Nightclub, an autographed Golden Knights hockey stick, and branded wine. 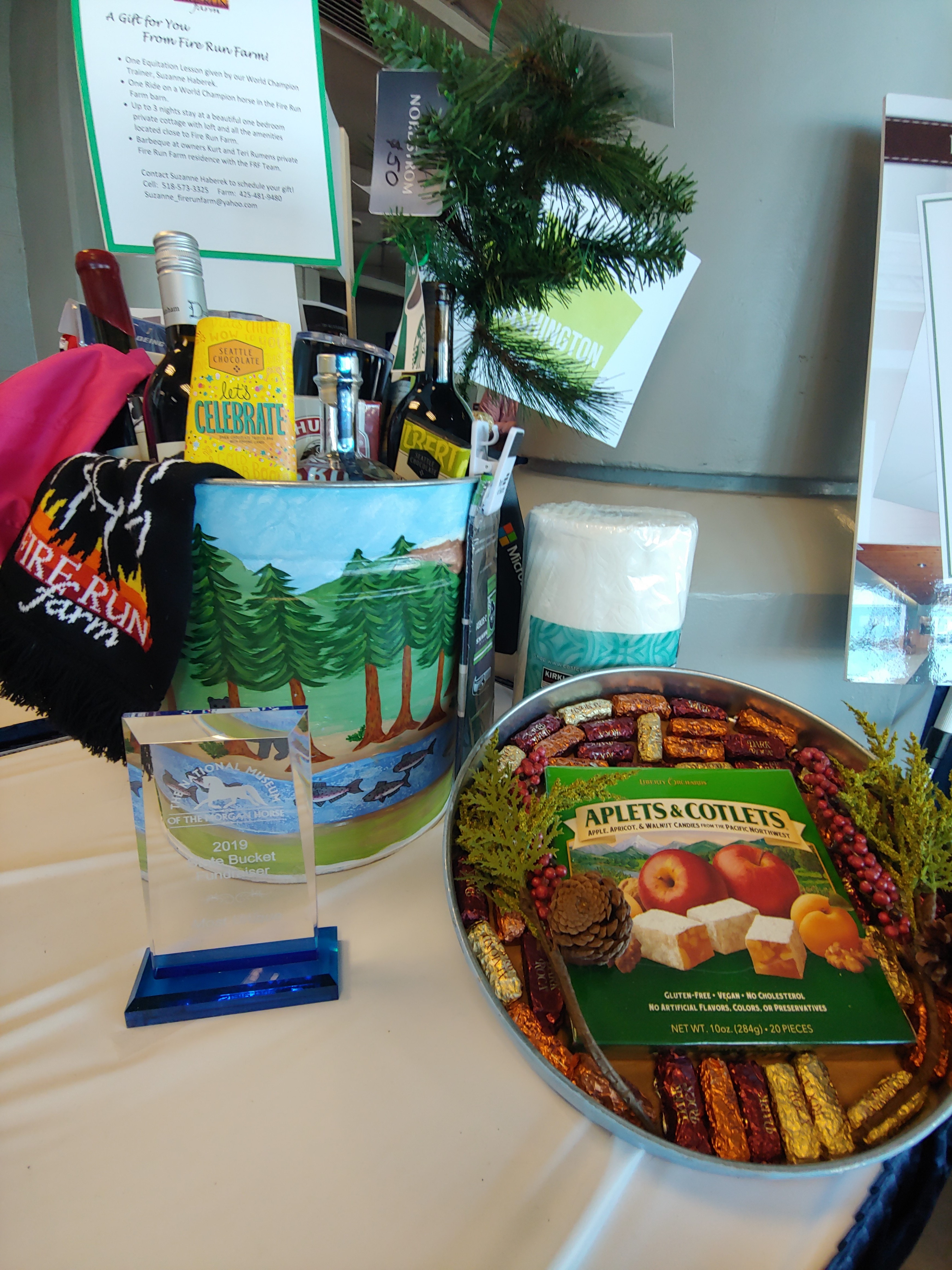 Voted the most creative bucket was Washington, donated by Fire Run Farm, with a beautiful hand-painted bucket, which included a lesson with world champion trainer, Suzanne Haberek, one ride on a world champion horse of your choice at Fire Run Farm, and up three nights at a private cottage close to the farm.

All the buckets were fantastic and we thank all the donors and the bidders! And a special thank you to Gayle Singer, who was instrumental in organizing the volunteer donations!