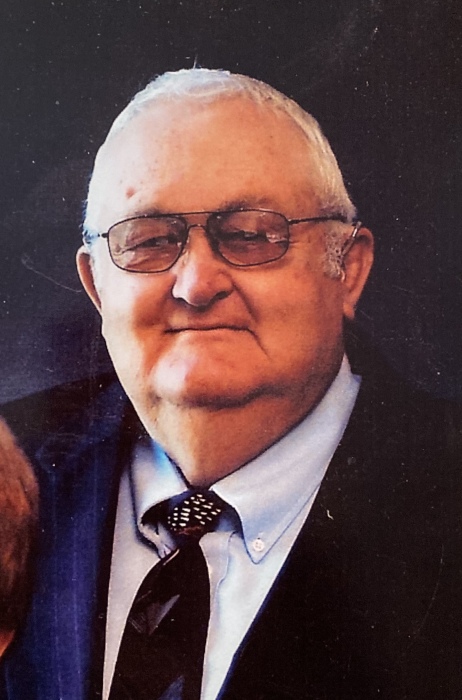 Harvey was born May 31, 1935, to Forrest and Blanche (Weismann) Grunden on the family ranch north of Curtis, Nebraska. He was born during the flood of “35” where his nine-year-old sister Betty delivered him, it was a week afterwards the doctor could get there to see him.

Harvey met his wife Myrna while they attended the state high school in Curtis. Harvey and Myrna were married on June 26, 1955. They made their home over on Fox Creek for just over five years before moving to the home place in 1961. Harvey and Myrna had 60 years of marriage and they enjoyed every minute of it. Myrna was always ready to help in any way. To this union were born four children, Russell Arnold (deceased at birth), Harlan Harvey, Gina Luray, and Harris Harold. Harvey has ranched all his life on the family ranch raising wheat, cattle, hogs and Morgan Horses. He prided himself in the stewardship of the land and was consistently trying to improve his cattle herd. He spent six years in the Army Reserve. As a child he attended Mesa Grade school and rode his horse there every day. During high school he enjoyed showing cattle and hogs in the little Aksarben. Harvey was a 4-H member and later became a horse leader for the Fox Creek 4-H Club. Harvey was active with the Missouri Valley Morgan Horse club for 50 years and the American Morgan Horse Association. In 2018 Harvey and Myrna were inducted into the Morgan Horse Breeders Hall of Fame. They both were very proud to have sent the first Morgan Horse to Germany in 1979. He always kept his fence tight and his gates even tighter. Harvey enjoyed playing tricks on his wife, family, and friends. One of his greatest pranks was removing the beautiful snow scene off the top of Myrna’s piano at the school where she taught and put paper between the hammers and piano strings. Myrna was so embarrassed for that day she had a parent come for a visit during school.

Above all, he was proudest of raising his family. He is survived by his children Harlan (Tammy), Gina (Dennis) Essink, Harris (Joanie); grandchildren Megan (Dawson) Welch and sons, Lane, Jett, and Rudy; Hance (Victoria) Grunden; Brandon Essink; John Essink; Jace and Dallas Grunden Maxwell; his brother-in-law Jerrold (Jan) Hibbs, special family friend Marlene Nielson; Donna and crew at Centennial Park; and a host of other family and friends. He will be missed by all who knew and loved him.

Services will be held at First United Methodist Church - Curtis, November 8, 2019 at 10:00 am. Burial will follow in the Curtis Cemetery, Curtis, NE.

Memorials may be directed to either Curtis Fire and Rescue or LCRA.