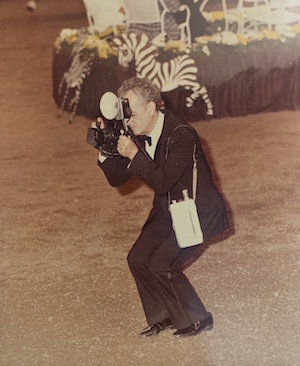 Schatzberg enjoyed many careers, including sales of various types - insurance, mobile homes, doors and windows before becoming a portrait photographer in New York City. He is best known as an equine photographer shooting such prestigious events as The National Horse Show in Madison Square Garden, the Morgan Grand National, the American Royal, the Ohio State Fair, Pin Oak, A to Z, Santa Barbara, Germantown, and the National Western Stock Show. He was a pioneer in the industry, the first to have a mobile dark room to produce images on site at the show grounds. He was also known as a great mentor to young photographers.

He was a lover of the arts, dance and travel. He had seen the world with his most recent trips being to China, Belgium, Italy and Israel.

After retirement at the age of 83 he was frequently at shows, helping his son Howie and grandson Casey. He loved to be at horse shows surrounded by the people he loved and respected.