by US Equestrian Communications Department 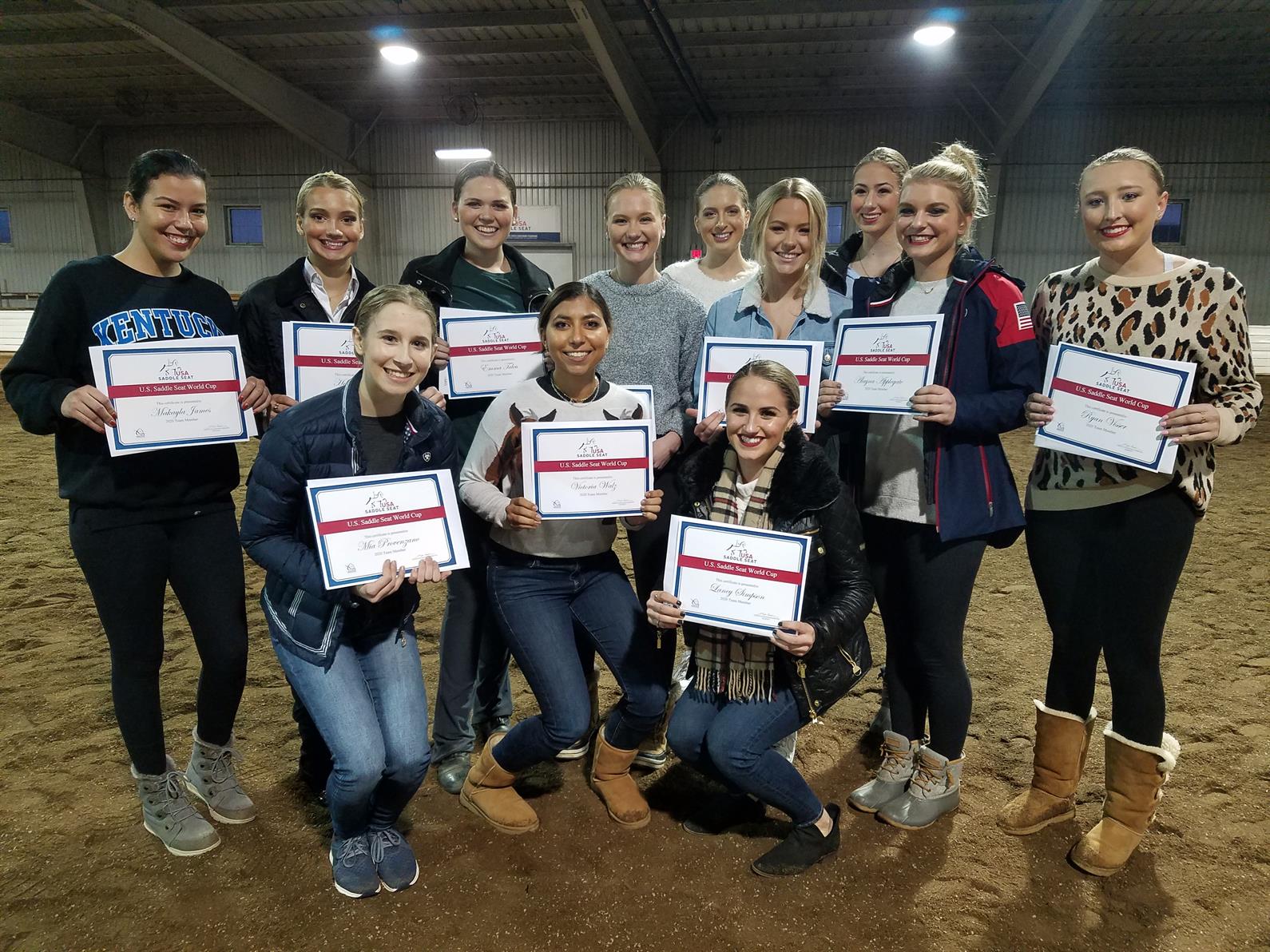 After impressive showings at the Selection Trials, 12 athletes were chosen to represent the United States at the 2020 Saddle Seat World Cup in Parys, South Africa, next July, three of them representing the Morgan breed:

The team was evaluated and selected by the four-judge panel of Dwayne Knowles, Fay Lowry, Sandy Sessink, and Richard Wright.

The Saddle Seat World Cup is a bi-annual international competition that originated in the early 1980s as an informal exchange of saddle seat riders between the United States and South Africa. Teams from as many as seven nations now compete for the coveted World Cup titles.