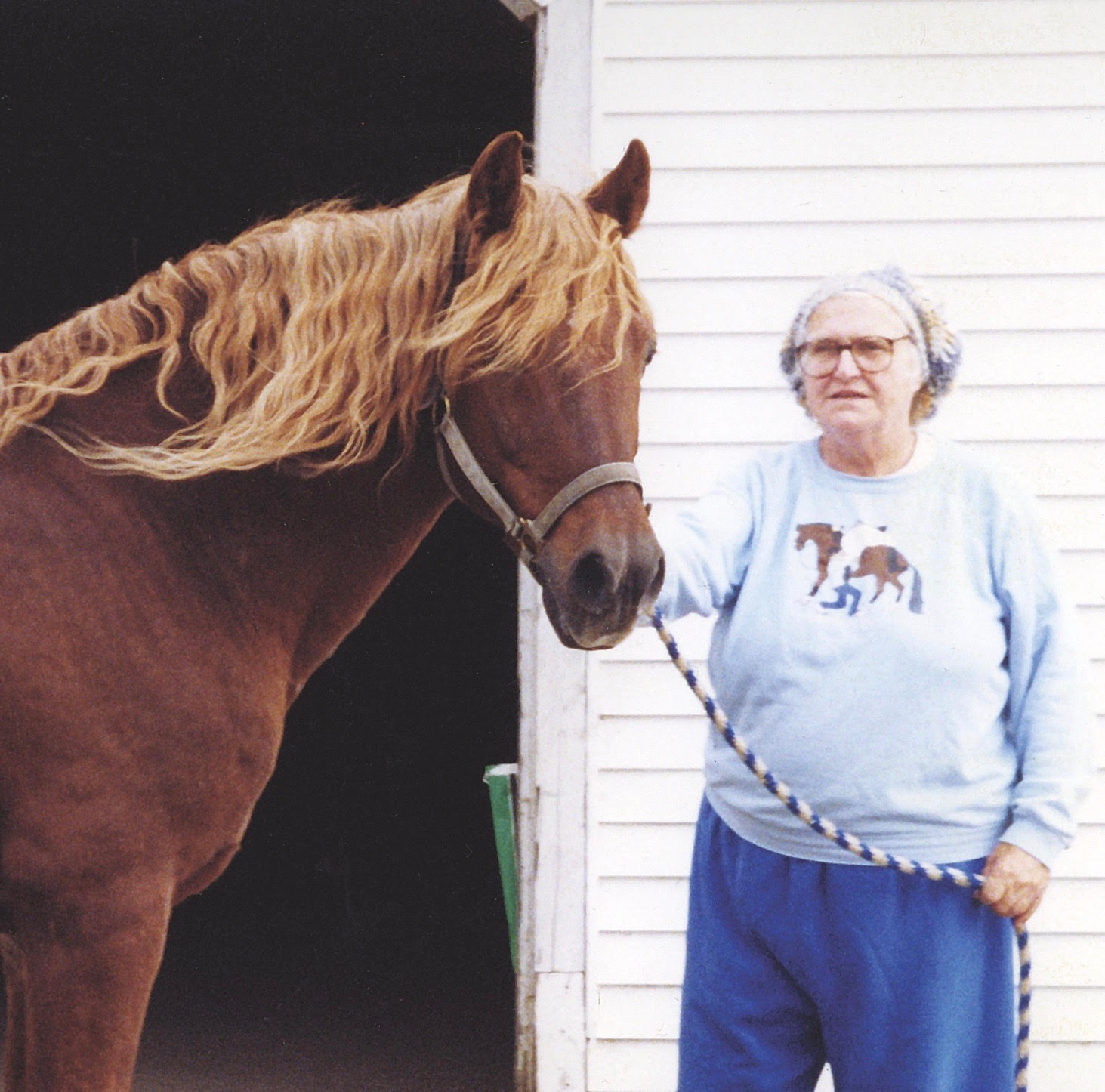 Miss Margaret Gardiner, age 98 died February 13 in her Woolwich, ME, home. She is survived by the Gardiner family, the many employees who worked at her Kennebec Morgan Horse Farm and by the extensive acquaintances she had in the Morgan horse community. She was preceded in death by her three brothers Tudor, Thomas, and Sylvester.

During World War II she enlisted 1943 in the Women’s Army Corps and served in the chemical warfare service at Dugway Proving Ground, Tooele, UT until she was discharged in 1946.

“Miss G” had her first horse from 1927 to 1932 and purchased her first Morgan horse, Bayfield, in 1948. Peggy produced over 250 foals and dedicated her breeding to producing useful and sound horses that would have strength, agility, durability, and great temperament. She led the way in demonstrating Morgan horses could compete effectively in driving, dressage and jumping. Two of her horses, Kennebec Count and Kennebec Russell, were the first two Morgans ever selected by the United States Equestrian Team for international competition. Larry Poulin won the pair-combined driving National Championship with Count and Russell and went on to win a 3-way tie for first in dressage at the world championships in Sandringham, England in 1985. Her stallion Kennebec Commander, who resides at the Woolwich farm, is a direct descendent of Kennebec Count and the last hope to continue her remarkable breeding program. Margaret invested substantial research dollars at the University of Pennsylvania addressing Ataxia and equine neurological defects. She did extensive work with the Girl Scouts, the 4-H, and the Pony Club introducing young girls to horses and the valuable lessons learned operating a farm. While Peggy received innumerable awards and recognition for her leadership in the Morgan horse world, her greatest satisfaction was improving and sustaining the breed.

A memorial service will be scheduled during the spring at Christ Church, Gardiner, ME, and it will be followed by an open-barn at her Woolwich farm after the service. Please send an email to KungelTerry@gmail.com if you would like to receive notices about these events. The family would like to thank Katie Chandler and her barn crew for doing a remarkable job with the horse farm and caring for the boarders and the Personal Care Assistants from CHANs for helping care for “Miss G” during a difficult lingering illness. More details can be found here.