Back in the Barn: Don't You Wish 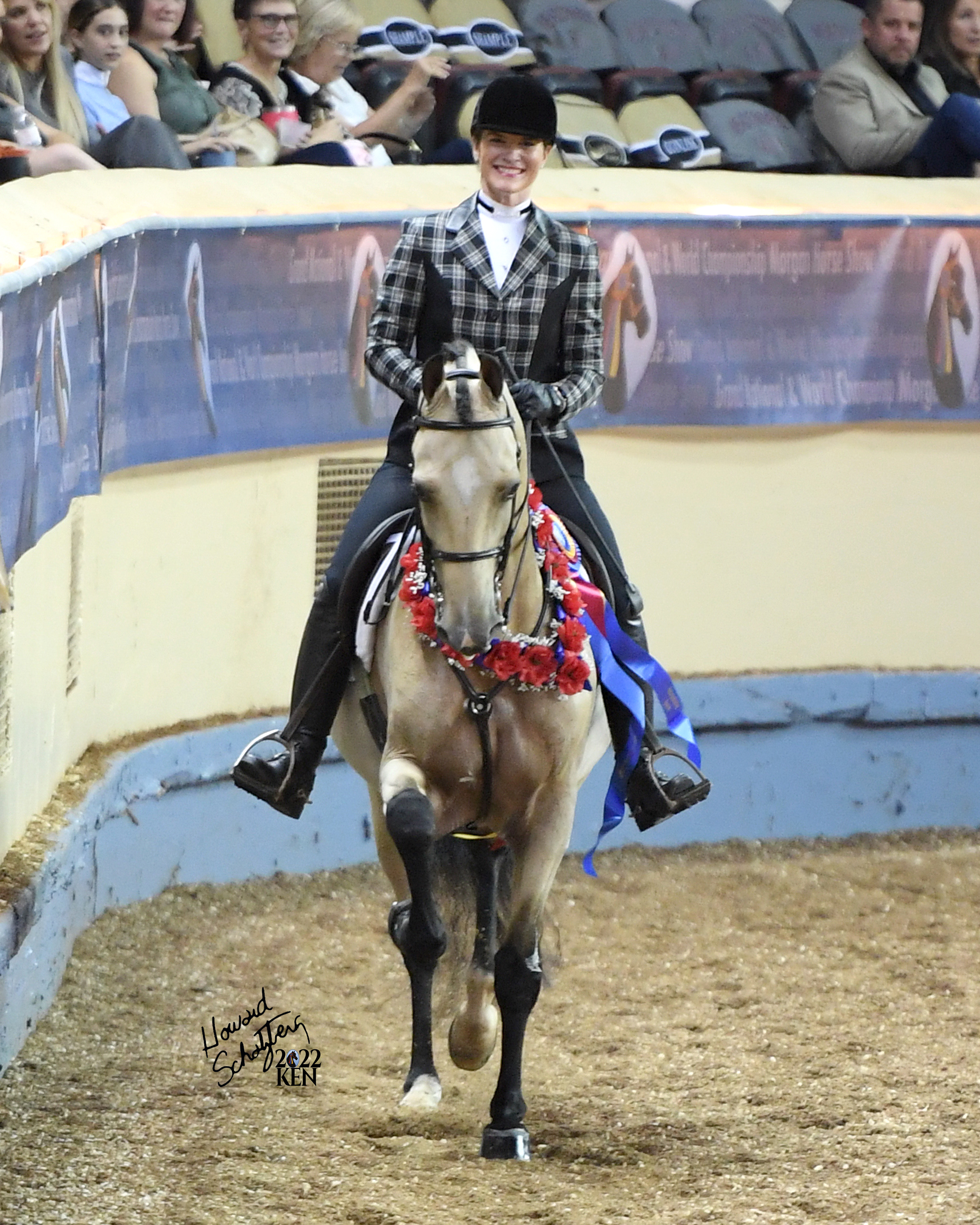 Don’t You Wish, the incredible young buckskin gelding, took the Hunter Pleasure division by storm in 2022. With wins at New England Regional, Connecticut Morgan, and Mass Morgan he finished the season with the ultimate victory pass in the Ladies Hunter Pleasure World Championship.  Bred and owned by Dianne Lents, we reached out to trainer Sarah Gove of Taylor River Farm in Hampton Falls, NH to go back in the barn with this colorful Morgan. “Jake” is a perfect example of a little creativity and thinking outside the box often pays off in the end. 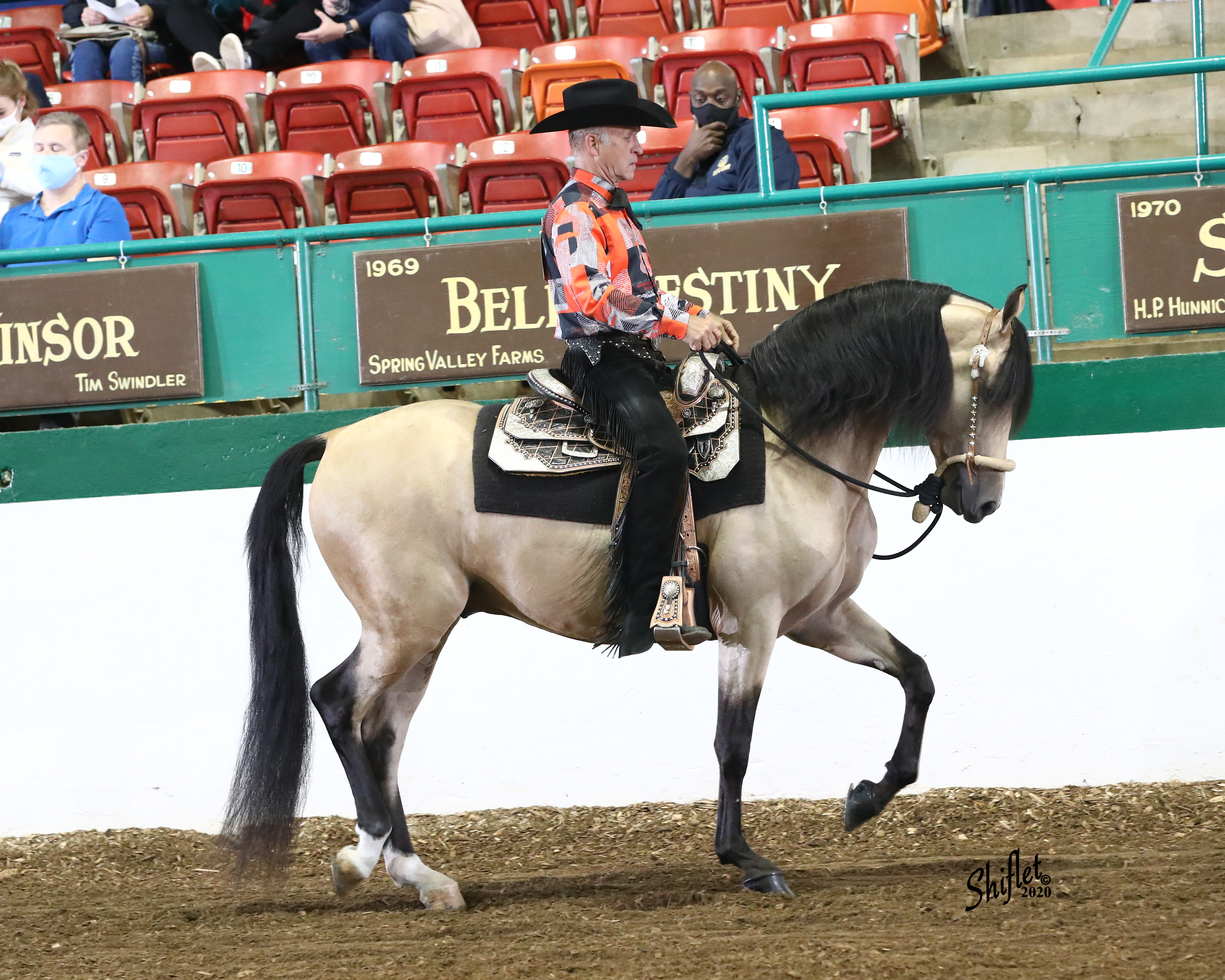 Jake showing in the western division with Tommy Garland before transitioning to a hunter. Photo by Shane Shiflet 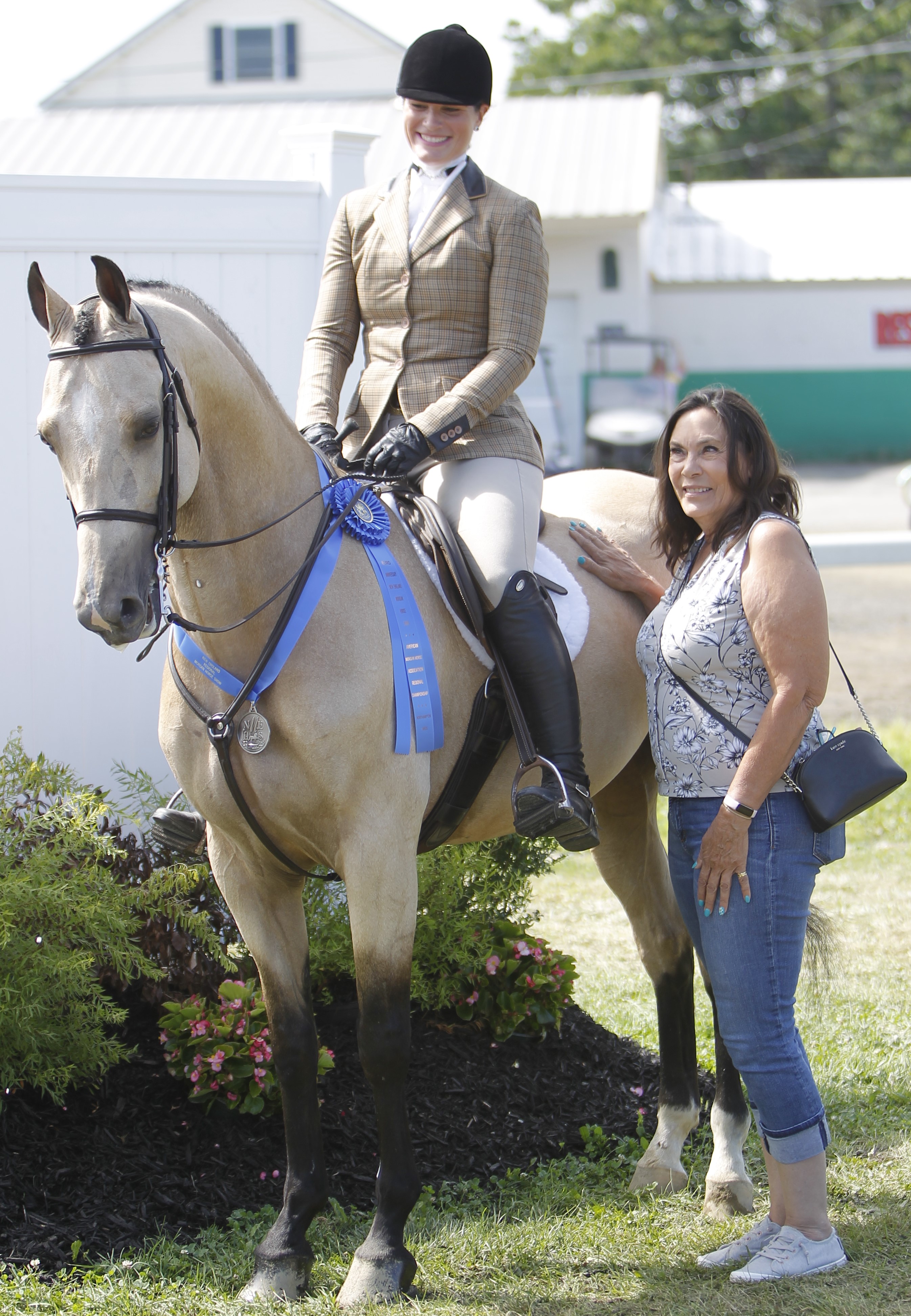 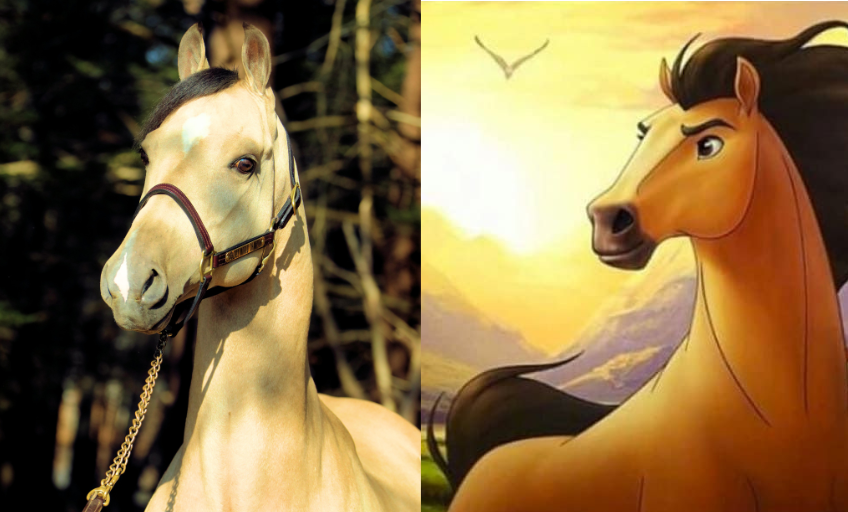 Its easy to see how Jake is referred to as Spirit by his lesson girls! (Left photo by Andy Illes) 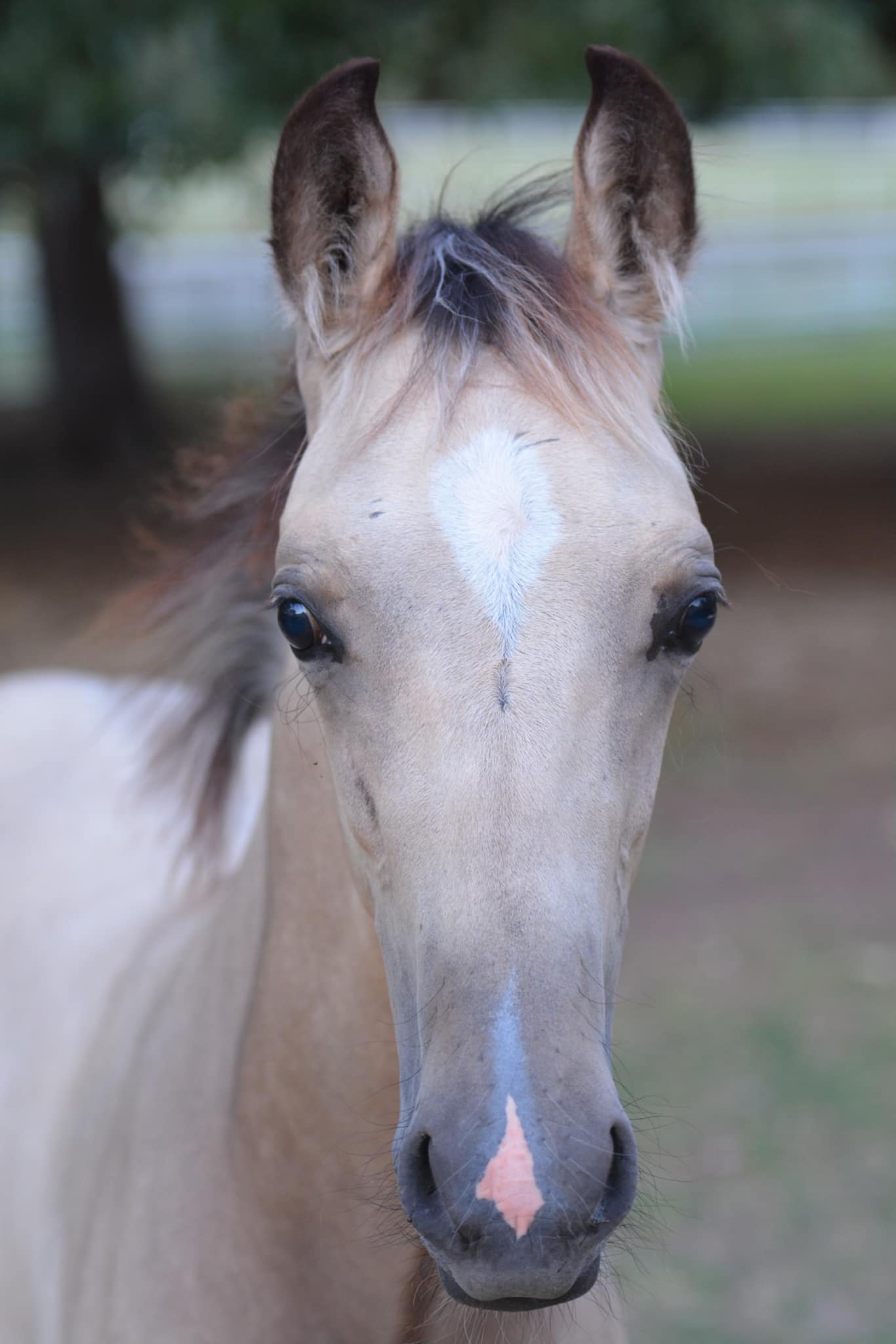 Jake as a foal (Photo courtesy of Sarah Gove)

There is no doubt there will be more success in this unique horse’s career! 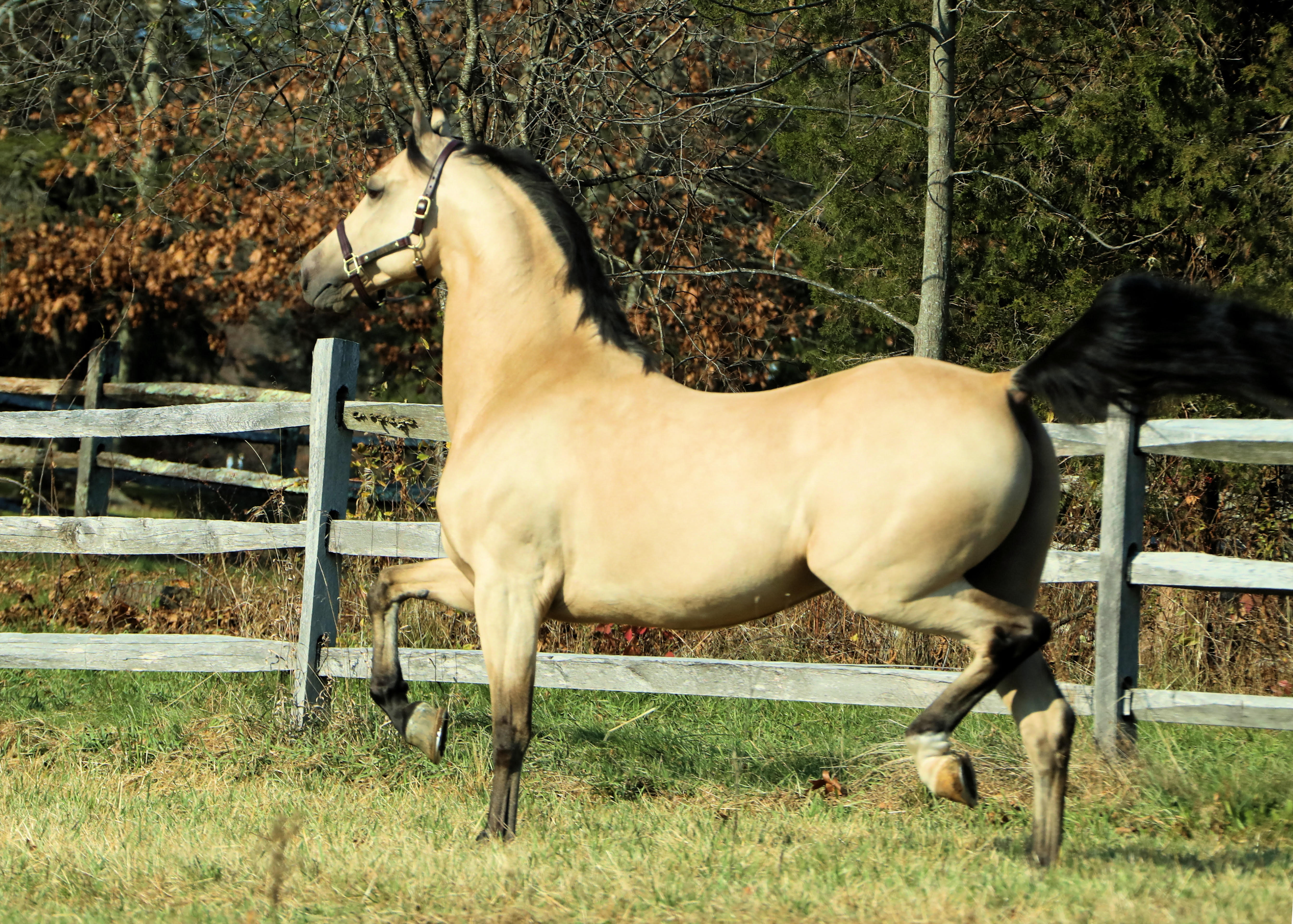