The Morgan Horse-Profiles in History: Introduction 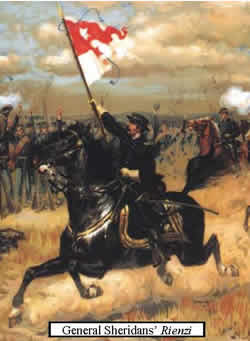 Ever wonder about the heritage of the Morgan horse you own or hope to own. Its lineage goes all the way back to 1792 in the establishment of the breed. The breed’s beginnings are anchored in military history. In 1776, during the American Revolution, Justin Morgan’s future sire, True Briton, a bay thoroughbred, was the privately owned mount of Loyalist officer, Colonel James DeLancey, Westchester County, NY, who commanded DeLancey’s Brigade, 1776 – 1783. In October 1780, the unit was encamped near Kingsbridge and Colonel DeLancey was visiting with family at their Bronx estate, “Rosehill.” While True Briton was tied up outside, an enterprising Patriot absconded with True Briton and whisked him across Kings Bridge and north to the American encampment, then near White Plains, New York. He later appeared in East Hartford, Connecticut In 1789, near Springfield, MA, True Briton and Justin Morgans’ half Arabian-half thoroughbred dam, begat a colt who later became known as the “Justin Morgan” horse and the Morgan breeds’

The Morgan breed history is anchored deeply in the history of the US military of the 19th and early 20th centuries. Their stamina, compact muscular structure, powerful hindquarters, versatility, reliability, sustainability, endurance, courage, and intelligence made them prime candidates for military service. By the 1830’s, the Morgan horse was not only a well established, highly respected, widely sought after breed, but its versatility had become legendary. Morgans were also of the ideal size for the military, 14–15 hands, on the average.

When the Civil War broke out in April of 1861, there was a rush to arms with volunteer units being organized in every state including Vermont and New York. Morgan horses were in demand for cavalry and artillery units. These horses not only saw service as individual mounts for mounted enlisted and commissioned officers of artillery, cavalry, infantry and other combat support units, but as team horses for light artillery units. Union artillery batteries were composed of 6 artillery pieces with caissons and limbers. Each artillery piece was pulled by 6 horses and was supported by a caisson and limber, each of which was pulled by another 6 horses each. Hence, each gun required the services of 18 horses and, in a full 6 gun battery, this totaled to 108 horses minimum. Each regiment was composed of 10 batteries, so over 1000 horses served with each artillery regiment or about that equivalent to a cavalry regiment. Each horse was expected to draw 3000 lbs from 20 to 23 miles per day -- No small task for any horse, no less a Morgan. From The Artillery Horses Prayer, “In this war, like any other soldier, I will do my best without hope of any war-cross, content to serve my country and you, and, if need be, I will die calm and dignified on the battlefield, therefore, oh! my master, treat me in the kindest way and your God will reward you here and hereafter.”

The First Vermont Cavalry, organized in October 1861, was mounted with all (approximately 1200) Morgans, of which approximately 200 survived the War. These horses saw service at Gettysburg, Cedar Creek, Coal Harbor, Wilderness, the Shenandoah Valley and Appomattox Court House. Old Clem, purchased and ridden by Colonel Lemuel Platt during the war, was a full blooded Morgan.

The 5th New York Cavalry, or the “First Ira Harris Guard,” went to war with over 1000 officers and enlistedmen. Under the command of Colonel John Hammond, Crown Point, NY, it was mustered into Federal service on 1 October 1861. The regiment fought in 52 battles, 119 skirmishes including Gettysburg, Sheridan’s Shenandoah Valley campaign, Cedar Creek, Brandy Station, Groveton, Wilderness, White Oak Swamp, Ream’s Station. Co H, 5th NY, was organized and mounted with 108 Morgan horses purchased from northeastern NY and northwestern VT, Champlain Valley area. Most were sired by or related to Black Hawk, a Morgan owned by David Hill of Bridport, VT. Four of the seven 5th NY Morgans which survived the war returned to and lived out their lives in the Crown Point area. One highly notable Morgan was the mount of Colonel John Hammond, named Pink. Pink, grandson of Black Hawk, was a veteran of 34 battles, 88 skirmishes and was wounded three times. He lived to a ripe old age of 30. Upon his death in 1886, a monument was erected by Colonel Hammond in Crown Point, NY to honor the horse that served with him throughout the War and post-War years.

Morgans also served with several other units during the Civil War, including the 1st Maine Cavalry, 2nd and 3rd Michigan Cavalry, 14th Pennsylvania Cavalry, and the 1st Rhode Island Cavalry. One of the best bred Morgans which saw service during the war was Clifton, AMHR registry number 457. Though Clifton was born and raised in the Northeast, he found his way to North Carolina, purchased by William Capehart. At the outbreak of the war, Capeheart rendered his services as a surgeon to the Confederacy and served with the Army of Northern Virginia under General Robert E. Lee with Wade Hampton’s Cavalry. Clifton was killed in a cavalry action near Cheraw, South Carolina in 1864.

Morgans also served at the highest levels in the military during the Civil War. General Phil Sheridan’s horse, Winchester (formerly Rienzi) was a black gelding Morgan of Black Hawk lineage presented to Sheridan at Rienzi, MS in 1862 by an officer of the 2nd Michigan Cavalry. Charlemagne, Morgan mount of General Joshua Chamberline, 5th Maine Infantry, found himself at Gettysburg during the hotly contested action at Little Round Top, July 2, 1861. The renowned Confederate States officer, General Stonewall Jackson, also rode a Morgan named “Little Sorrel.” Little Sorrel served General Jackson well through many engagements until the General was mortally wounded at Chancellorsville in 1863. Little Sorrel died in 1885 at the age of 35 and is currently preserved at the Virginia Military Institute’s museum in Lexington, Virginia.

Needless to say, the Morgan breed has played a significant service with the US military during the 19th and early 20th century. The series of articles to follow will focus on the best known Morgan military mounts and other non-military Morgans that established the breed its well deserved respect that lives on to this day. You will have the opportunity to learn more about other famous Morgans including Comanche, Magellan, Winchester, Charlamagne and many others whose have grounded and perpetuated the integrity and respect that makes this breed the premier breed of today. No other breed in the US can lay claim to the honors, heritage, and service to the US as the Morgan can. Its premier status is backed by over 216 years of exceptional performance. 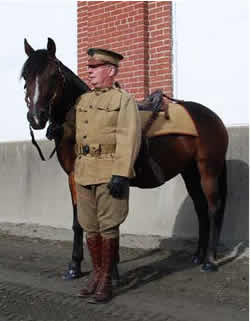 Lieutenant Colonel (Ret) Chris Heidorf was a Field Artillery Officer served in the National Guard and Army Reserve for 29 years. He served a year long tour in Iraq 2004-2005, during which he was a senior advisor with the 2nd Brigade, Iraqi Police Commandos and a project officer with the Civilian Police Assistance Training Team, or CPATT. His tour of duty took him to Taji, Baghdad, Mosel, Fallujah, Samarra, Tikrit, and Al Asad with primary
responsibility for police force reconstitution in major cities in northern and western Iraq. He also served as military liaison to the Baghdad Police College and, prior to his return to the US, was working on the re-establishment of the college equine training program for officers and recovery of the Arabian horses stabled at the college at the outset of the war in Iraq.

He has authored two published works on the Civil War and is currently working on two additional ones. He has established a Morgan breeding farm in FT. Edward, Washington County, NY and breeds western working, foundation and military style Morgans, some of which have Wyoming Flyhawk, Pachett Hill, Easter Vermont, Blackwood Correll and Domino Joe bloodlines.