Winning in a field that started with 57 weanlings was SSDF Rhythm And Blues (Graycliff Tony GCH x DDF Jazz by Centerpiece) owned and led by Dennis Fry. The upright and showy colt was popular with the large crowd gathered at the Michiana Event Center for the evening presentation of 27 finalists. The champion earned a record setting $60,500 in prize money. Dennis Fry gets his name on a handler’s belt—which he keeps for a year— modeled after those presented to boxing champions.

The reserve champion was the black and typey CLS Esquire Axios (Dragonsmeade Axios x FRVA Princesspretty Girl by CBMF Over The Moon). It is safe to say that everyone in the audience and center ring were impressed by the expert presentation of 16-year-old Elijah Lehman, undaunted by going toe-to-toe with many veteran in-hand showmen. The reserve champion had a $41,800 payday for owner Ervin Bontrager.

Prize money was distributed through the top 20 finishers, with the 19th and 20th place foals winning $2,200.

Glenn T. Werry and David “Tuffy” Owens are the organizers and co-directors of the Superior Weanling Sweepstakes. The stallion service auction which funds the program is an annual component at the Superior Morgan Sale, which will be held this year November 18 -19. Organizers have announced the initiation of a future performance incentive to be funded from the proceeds starting with this year’s auction. According to the announcement prize money will be “paid out at the 2027 Grand National & World Championship Morgan Horse Show to the nominated winners of select World Morgan Futurity classes." 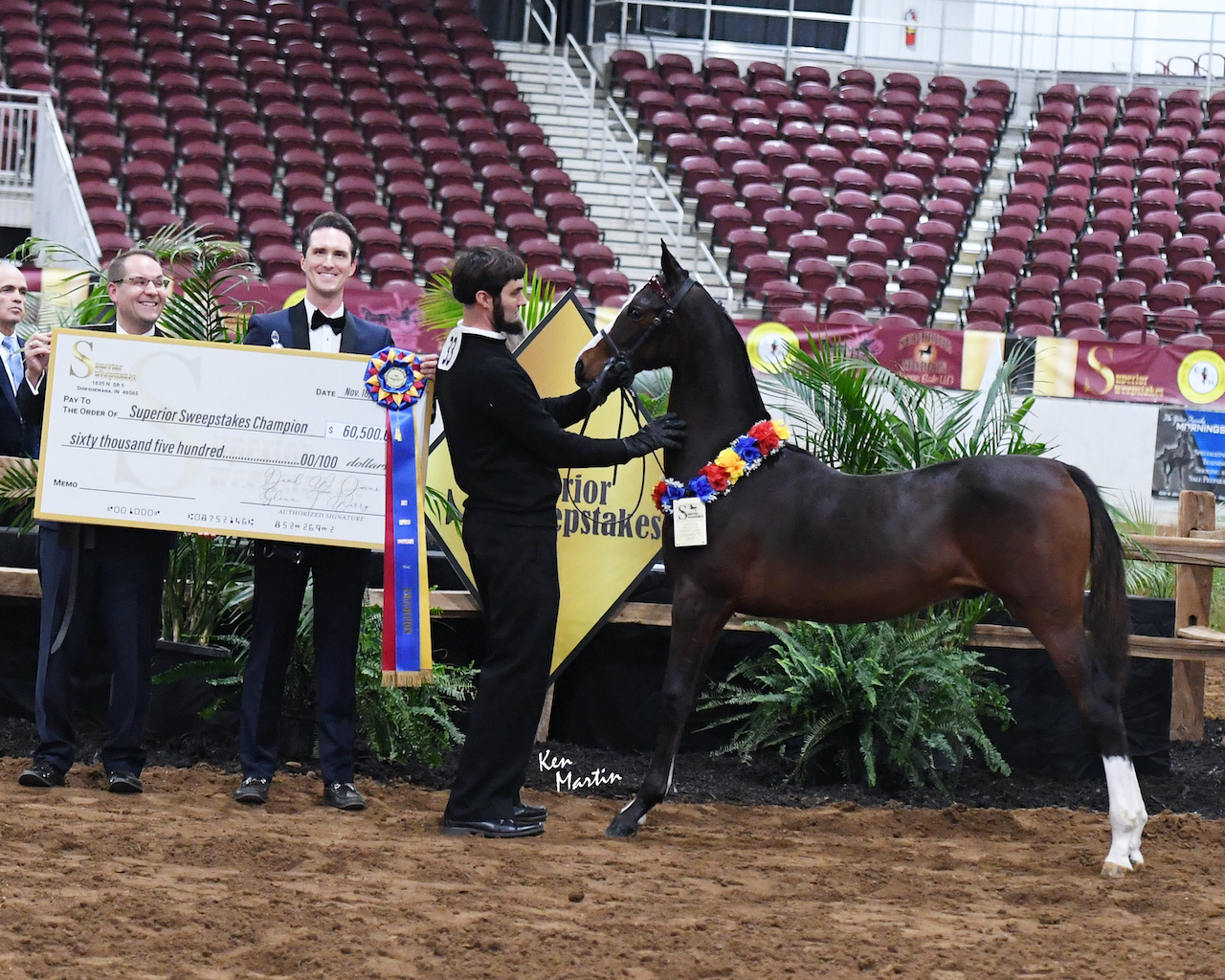 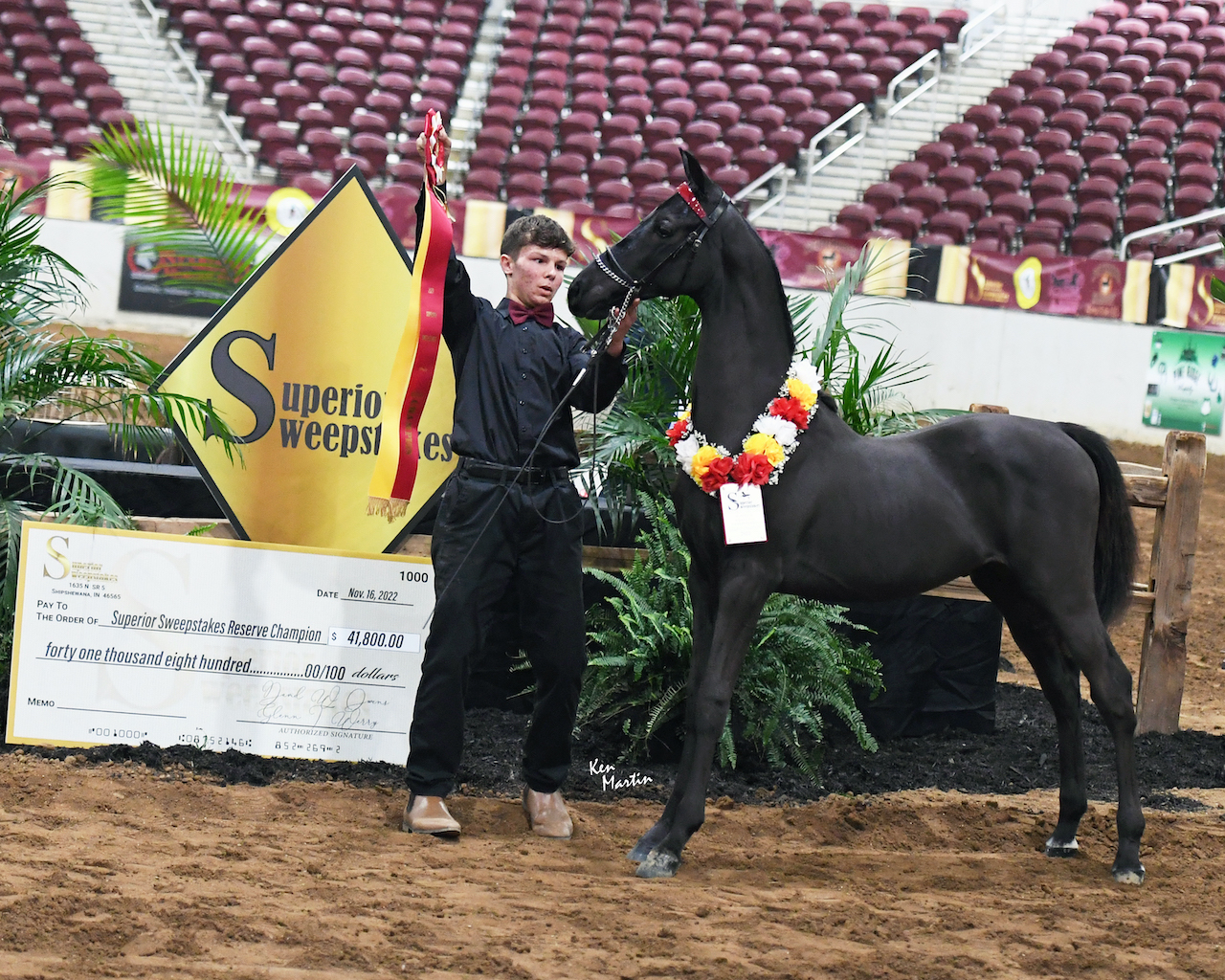