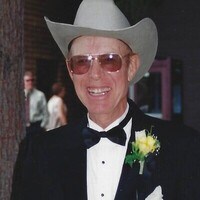 Robert S. Drew, 95, passed away on January 18, 2022. He was a resident of Hill City, SD. Robert was born in Derby, Connecticut on May 21, 1926 and was raised and attended South Kent High School in that state. Shortly after graduation, he joined the US Army (Infantry). After basic training he was sent via France to Belgium, arriving in combat during the latter third of the Battle of the Bulge and finishing the war near Pilsen, Czechoslovakia May 7, 1945. He was in one of the first Third Army units, under Gen. George Patton, to free the Nazi concentration camp at Flossenburg, in Sudetenland, near the Czech border.

Upon discharge in 1946, Robert attended Pennsylvania State University and graduated in 1950 with a BS and in 1953 with an MS in Agricultural Science and Education. He taught high school in Berlin, PA for two years, at the close of which he received a Fulbright Teaching Scholarship for two years in the British Cameroons, then a colony annexed to Nigeria. The grant included managing and teaching in an Agricultural Experimental Community College in Bamenda Province.

On June 11, 1965, Robert married the love of his life, Sheryl Mills Drew, of Hay Springs, NE. Shortly after their marriage, they moved to Tucson, AZ and he entered graduate school at the University of Arizona in Cultural (Social) Anthropology. In 1967 they welcomed their first son, Gordon. Shortly after the arrival of their son, Robert and Sheryl moved to Parker, AZ where he worked as a public health educator with the US Indian Health Service. In 1969, they welcomed their second son, Eric.

Robert's duties with the Indian Service involved working as a liaison between the health care providers and the tribal members in five reservations: Colorado River (Mohave, Chemehuevi, Hope, and Navajo tribes), at Parker; Chemehuevi, at Chemehuevi Valley, CA; Ft. Mojave, at Needles, CA; Hualapai, at Peach Springs, AZ; and Havasupai, at Supai, AZ, in the Grand Canyon. During this time he also took seminars in public health and assisted in the formulation of an Indian Community Health Representative Program.

Upon retirement from the Indian Health Service, Robert headed to the newly formed La Paz Foundation for the Handicapped, helped found the Helping Hand Food Bank for La Paz County, and worked part-time for the Colorado River Indian Tribes in a Health Education program for "at risk" Indian youth. For over 30 years he taught classes for Arizona Western College: Cultural Anthropology, Archeology, Sociology, Native American Studies and Local History.

Other hobbies and endeavors included working alongside his wife, Sheryl, raising and breeding Niobrara Morgan Horses. His love of mini long-haired dachshunds became a side business of dog breeding. He was also a published poet.

The latter years of Robert's life were spent living between Hill City, SD and Parker, AZ. Survivors include his son and daughter-in-law Gordon and Wendy Drew and grandsons Preston, Jackson, and Austin Drew of Custer, SD; and son Eric Drew of Poland. He is preceded in death by his beloved wife of 49 years, Sheryl Mills Drew; brother Harold Espe Drew; sister Virginia Drew White; parents Harold and Constance Drew. Funeral services will be held at a later date.