On behalf of The Morgan Horse Association of Oregon, recipient of an AMHA Breed Promotion Grant:

The Morgan Horse Association of Oregon (MHAO) let the attendees at the Oregon State Fair know that the Morgan breed was alive and thriving here in Oregon. From Sept. 1st to Sept. 4th , several members from MHAO had several impactful interactions with their Morgan’s and the fair going public.

During the duration of the Oregon State Fair Horse Show there is a competition called the Battle Of The Breeds. The criteria of the show is simple, open to all breeds of horses, must have a team of at least 5 members and must show their horses on the rail plus select one horse from the team to be judged in halter. At the show this year, there were 6 breeds… Morgan, Saddlebreds, Mule, Gypsy, Mustangs and TWH. Imagine, over 30 horses showing at a walk and trot/jog for the judge to see. The Morgan’s were unique in that they choose to demonstrate the versatility of the breed. Represented in the Morgan group was western pleasure, hunter, ranch type, and dressage plus we added a little color with a palomino. No other breed in the battle did that and because of this, it made it apparent to the crowd as to what the Morgan could offer! After being put through the two different gaits and selecting and judging the horse for halter , the Morgan’s came out on top! I might add that this is not the first time in 2019, the Morgan’s won the challenge against the stiff competition. The Morgan’s proved they can do it all!

MHAO also set up an “informational stall” in the horse barns complete with AMHA provided brochures, conformational/breed standard handouts and kid friendly items as such as stickers, tattoos, pins and coloring sheets.. During the time at the fair, over 200 stickers, 225 coloring sheets,100 pins, 250 tattoos and numerous brochures about AMHA and MHAO. At the stall we also have a wonderful Morgan ambassador, PL Dances With Angels aka Dancer who greeted the fair visitors. Dancer is a little girls dream horse, a beautiful palomino with a long flowing tail and a thick mane. She was a gracious ambassador who lovingly greeted the public. But Dancer wasn’t done there! Not only is she a beautiful horse but she is also a competitive horse in both the Western and Hunter division.

The promotional grant was used to help get our promotional banners made (as seen in our “informational stall”), the promotional items used to give to the public and to help pay for the stall setups. During the interactions, we met people who have or had Morgan’s but more importantly, introduced the breed to many who did not know much about our breed. I do believe that having had this opportunity at the fair, we were able to make a big impact on the promotion of the bred. It was a big win for the Morgan horse! 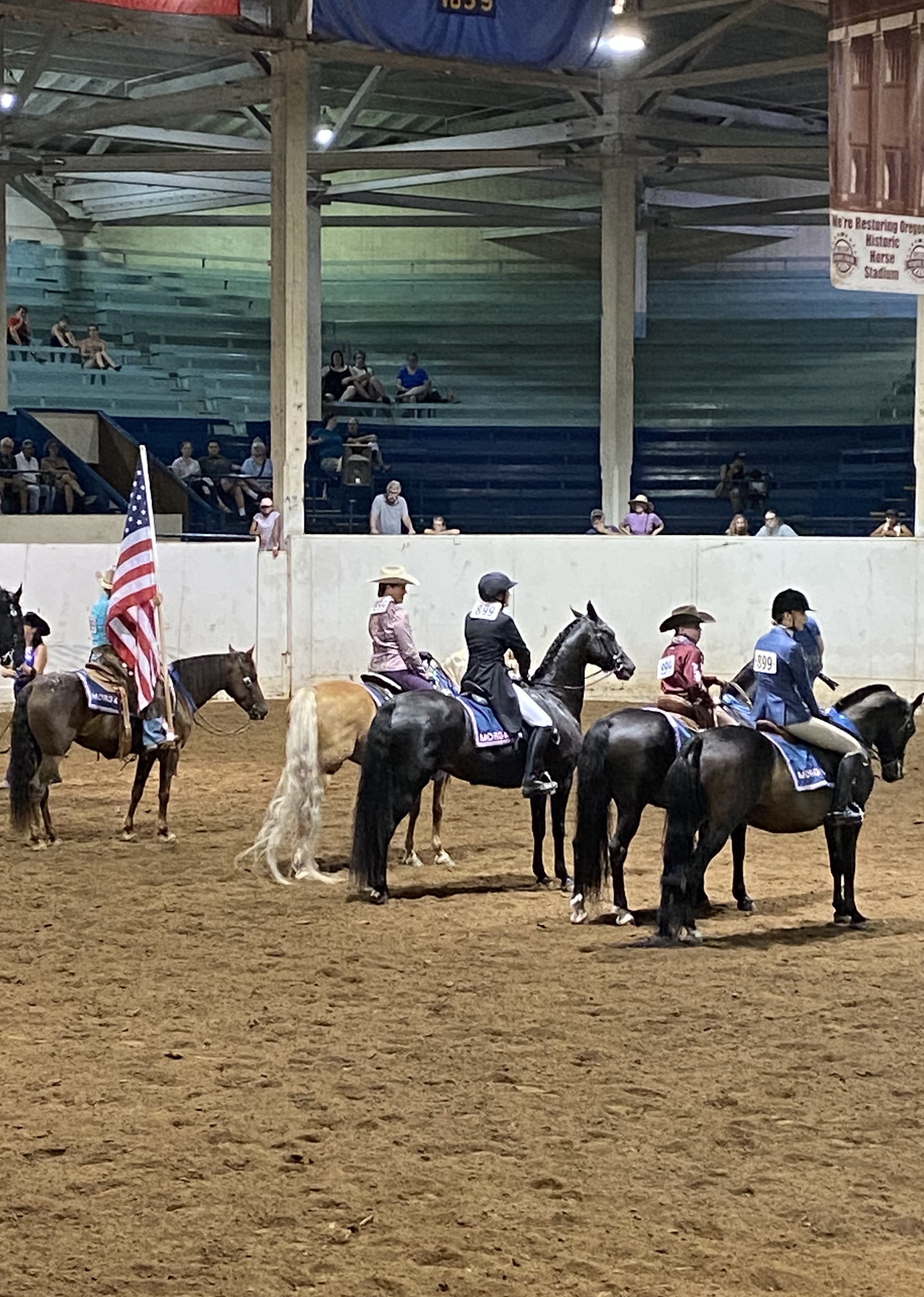 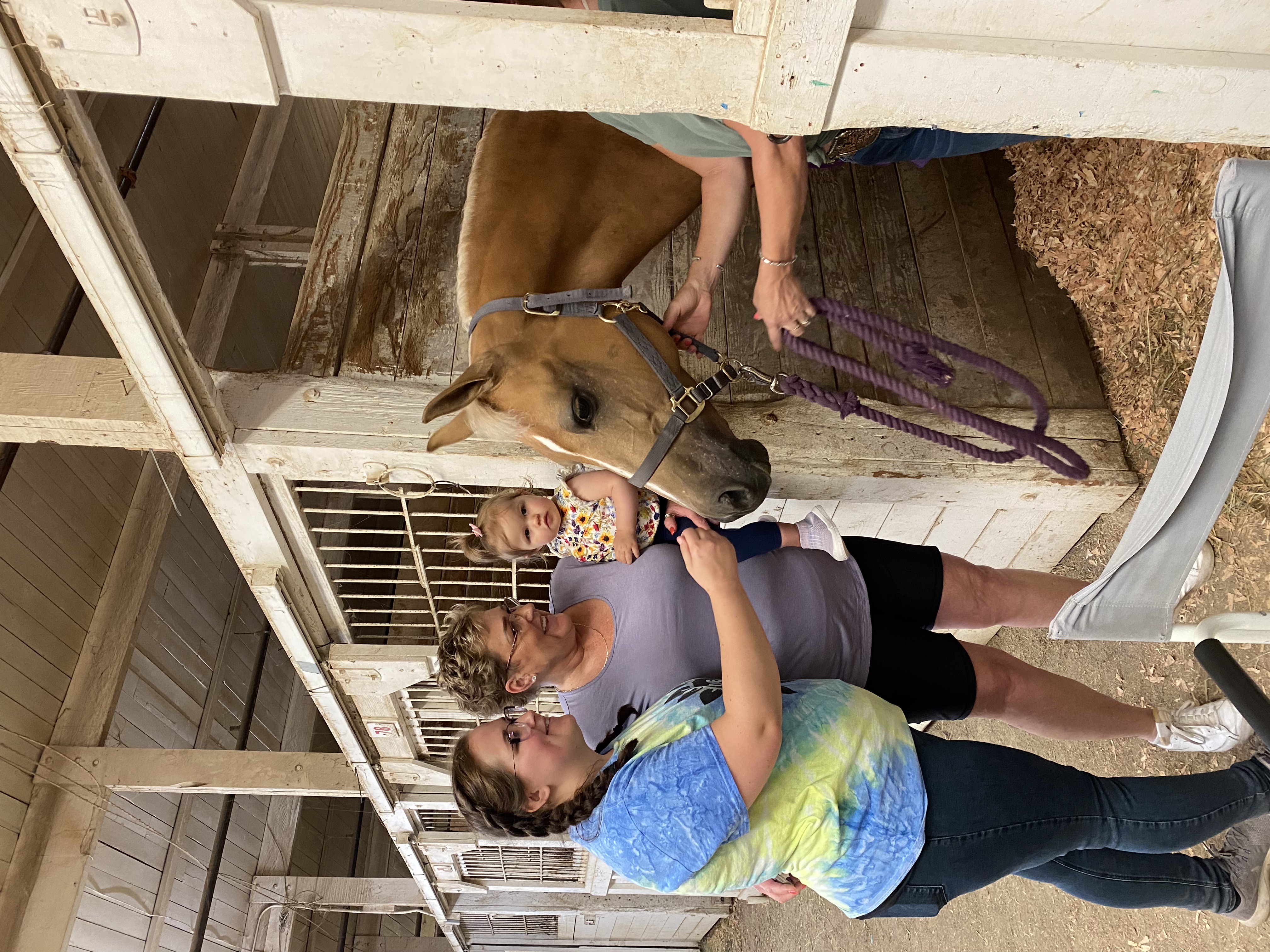